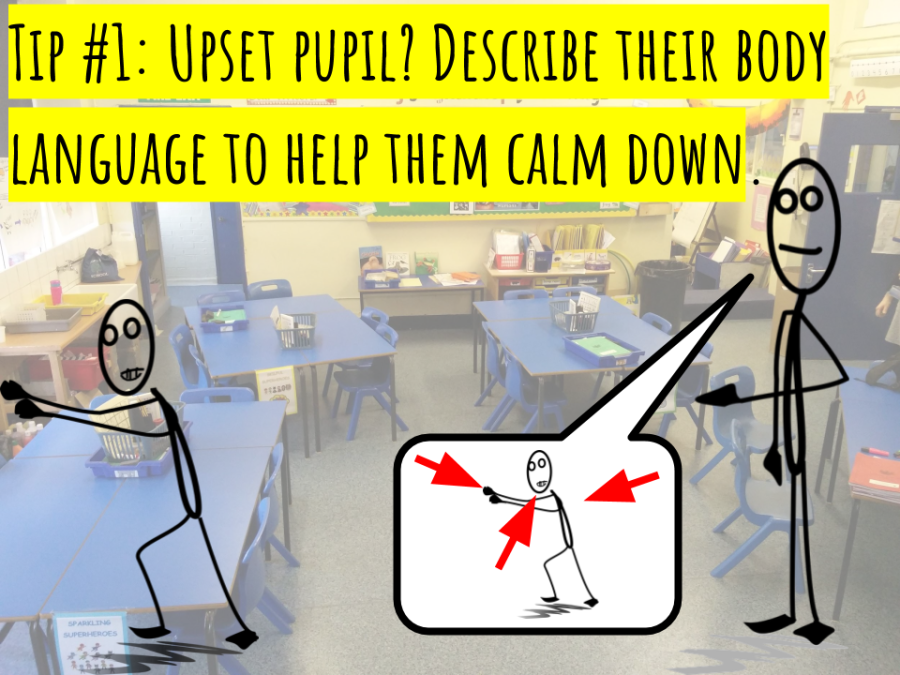 Why you should use it:

If you’re like me, you hate seeing pictures of yourself. This is because we’re not used to seeing ourselves. When I see a photo of myself, I ask questions like ‘do I always look like that?’ (The usual reply is ‘unfortunately, yes’.) This extends to a blindness towards our own body language, but describing a child’s behaviour signals can help them calm down when they’re angry.

Other than your face going red, you’ll probably start to feel the red mist of rage come over you.

These emotions are quite quick to induce so imagine how useful it would be to change a child’s body language to help them to relax.

Telling a child (or anyone else for that matter) to relax is useless: they probably won’t know they aren’t relaxed and they won’t know how. So, making child aware of their body language gives clues to how they feel how they can relax. Gently describe their behaviour and follow it up with what they can do.

This concept is the basis of ‘Body Awareness Therapy’ and there is a lot of evidence to show it works (Gyllensten et al 2009;  Johnsen and Råheim, 2010). It’s a painless way of bringing a child back from the brink of rage and will help them to recognize their emotional body language long-term too.

One thought on “Tip #1: Upset pupil? Describe their body language to help them calm down.”

Leave a Reply to Tip #5 – Gain trust by apologising when you mess up in class. – Classroom Climatology Cancel reply