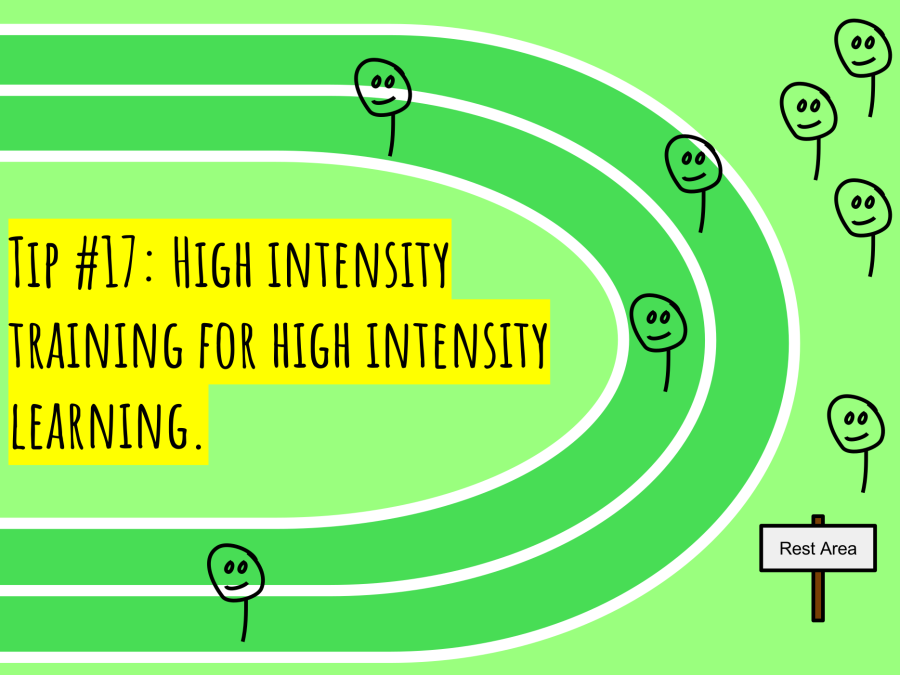 Because we live and die by our successes in maths and English, subjects like PE get squeezed to give more time to the 3 Rs. This is a natural reaction, but limiting vigorous exercise also limits the academic successes we’re striving to improve. Brief, 15 minute bursts of high intensity exercise more than pay you back in settled, efficient learning.

It’s a problem because in this world, many children are unfit or overweight and unfit or overweight children are far more likely to underachieve academically (Castelli et al, 2007; Sattelmair & Ratey, 2009; Taras, 2005). It doesn’t need to be a problem though: vigorous exercise not only improves academic scores and cognitive performance but behaviour too (Castelli et al, 2007; Sattelmair & Ratey, 2009; Davis et al, 2007; Hartanto et al, 2016; Taras, 2005). The crazy bottom line is that limiting our pupils’ exercise to get better results in maths and English actually worsens their chances. Not only are we allowing our pupils to be unfit and overweight, but we’re complicit in their underachievement too.

When discussing this with a colleague of mine, she asked ‘how can we fit it into our curriculum time that is already so squeezed?’ One answer comes from Dr Howard Taras, a US paediatrician and health researcher, who explains, ‘there is evidence to suggest that short term cognitive benefits of physical activity during the school day adequately compensate for time spent away from other academic areas’ (Taras, 2005, p218). In short, the time you put into this exercise will be more than made up by settled pupils who learn more efficiently. This bears out in my experience where pupils are always more settled after their daily HIIT which we perform first thing every day.

It takes more than increasing PE time to make a difference – in the studies cited above, vigorous physical exercise is advocated. PE lessons often don’t fit the bill as the emphasis on skills objectives don’t allow our pupils to get out of breath or raise their heart rates to the level that is needed for improved cognition, self-regulation and behaviour (Sattelmair & Ratey, 2009). Therefore, we need to specifically plan sessions to provide an appropriate level of physical challenge. This presents challenges to the timetable which some schools have overcome in a variety of ways.

We’re all enjoying doing our Daily Mile and getting
fitter! pic.twitter.com/TaKvEUyJ3A

Many schools take part in the ‘Daily Mile’ which really is as simple as it sounds (The Daily Mile Foundation, 2016). It involves marking out a 1 mile track and running for 15 minutes each day and it’s had a big impact in schools in Scotland (Slawson, 2015; The Daily Mile Foundation, 2016) and in my previous school, Jervoise (see Tweet, above), where improvements in behaviour and the quality of work are quickly apparent.

However, this won’t work in every school. Issues such as a lack of space to synchronise the running of hundreds of pupils around a single track or path are common. As we talked about earlier, time’s an issue too – to run a mile, 15 to 20 minutes is recommended (The Daily Mile Foundation, 2016) which doesn’t include getting to and from the track.

There is an alternative though. High-Intensity Interval Training (HIIT) is becoming very popular and with good reason. People have written successful books about it (for example, Michael Mosley’s Fast Exercise, 2014), Joe Wicks has built an industry around it (and an impressive physique too), and it’s helped Mo Farah to win more gold medals than he can physically lift (Ingle, 2013). It’s achieved legendary fitness status because it’s been shown to offer the same fitness benefits of steady-state exercise and takes a fraction of the time (Gillen and Gibala, 2013). It involves short cycles of vigorous activity and rest and can be performed anywhere.

It’s very simple to implement in school. It takes only 15 minutes of your class’ time from leaving the classroom to getting back to the books.

You will find that most pupils enjoy this and really feel the benefits almost instantly. However, there will be a few children that don’t want to take part. Realistically, you can’t force them to take part and nor should you. We want them to be autonomous in their decision making and forcing a child to run doesn’t feel great for anyone. Therefore, I use this consistency script: ‘I can’t force you to run, nor should I. The rest of the class are enjoying their sprints and getting fitter and learning more as a result. Your class wants you to do well.’ I then follow up by allowing take-up time. After a while, I’ve found that these children will take part – they’ll hear the encouragement you’re giving to the others and will eventually allow themselves to be part of the group.

HIIT has become a big part of my practice and teaching routine. It makes a tangible difference to behaviour and the quality of work the pupils produce (it’s also made a huge difference to the performances of the football and netball clubs, but that’s another story for another day). Because it positively impacts all aspects of their learning, it’s been easy to justify the 10 to 15 minutes of time allocated to running. Most importantly though, it’s fun to do.