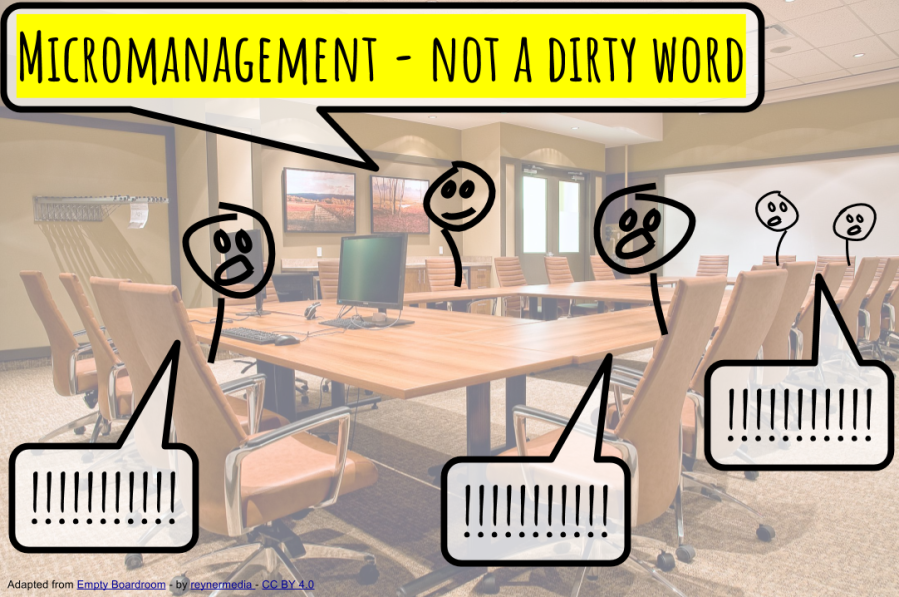 Last year I was in a room with 10 early career teacher leaders being coached on coaching. Some had been sent there, others had made sure they were sent. While examining management styles, I mentioned that ‘some of the best leaders ever are micromanagers’. Within an instant, claws were out and pitchforks were sought: the witch-hunt was on.

You too might be sceptical, but micromanaging can help create a positive climate in your class without burning you or your pupils out. Sounds too good to be true? You just have to limit your interventions to nailing the culture and output.

In my last school, the head did this by being exceptionally very clear on what he expected his staff and pupils to achieve while building the right environment from the bottom up. The carefully crafted mission statement very clearly articulated the school’s cultural values and both the head and deputy used it to filter everything the school did. The staff and pupils knew the mission statement too, and it permeated every aspect of school life. The head managed his outputs with obsessive detail too. If it wasn’t good enough, it would be sorted. However, at no point did the staff feel harassed or stifled. Outside of micromanaging the inputs and outputs, he gave us incredible autonomy and artistic licence, safe in the knowledge that the rest would be fine.

You can micromanage the inputs and outputs of your class in a similar way, and it’s not as hard as you think. In Tom Bennett’s (2017) report on creating positive classroom cultures, he stresses the need to drill down in detail on the cultural inputs in your school. He stresses the need to be very clear on the detail of your expectations and routines, but most importantly, that you need to communicate this often.

Here are specific ways you can do this yourself:

Micromanaging output is perhaps easier. The quality your pupils should produce is largely dictated by the curriculum expectations, examinations and Ofsted, but you need to hold them to account. To do this, you have to communicate the quality you expect so your pupils know what to aim for. Try:

I’m sure that the best teachers among the 10 being coached on coaching did this anyway. They were chosen to be leaders because they were successful and successful leaders don’t micromanage everything. They probably got great results from their pupils precisely because they were meticulous on the culture, routines and outputs of their class. So, rather than being a dirty word, micromanagement is the key to a successful school.

3 thoughts on “Not a dirty word: micromanagement might be just what your class needs.”